Our family had to say goodbye to our eleven-year-old dog, Lucy, this past week and it was way harder than I expected it to be.  Lucy was our first and only family pet and Joe and I got her just after we bought our first house together and three and a half years before we had kids.  So Lucy was a big part of our family and had been around for as long as the kids could remember.  Even for us, Joe and I realized that Lucy had been in our lives for a full third of the number of years we have been alive!  Yet, as with so many things in life, I am finding that the kids are showing me the way and also providing me with the comfort I need to deal with my grief.

It is my belief – based on my observations of our kids as they have experienced life and death over the past few years – that when children are raised in an environment where they are educated about life cycles but also are not shielded from the death portion of the cycle, they will be more respectful of life around them and more resilient when they need to be.

Over the past few years on our homestead, the boys have witnessed and even participated in the humane harvesting of some of our rabbits and chickens.  Just before we begin, we all say a prayer of thanksgiving for the animals’ sacrifice before harvesting them and putting the meat away in the freezer.  And when we serve the rabbit or chicken meat at dinner, the boys are both thankful and proud of their role in providing meat for our family.

Similarly, as the boys perform their daily chores, they realize that by feeding the chickens and rabbits and helping them to grow today they are helping to put eggs and meat on the table tomorrow.  It’s a cycle of life that is more natural than we might be led to believe if we were not raised on a farm or around animals.

When we experienced what I like to call “The Great Chicken Massacre of 2016” back in the spring, I was the one to walk outside and find three chickens dead and mangled and two chickens badly hurt but still alive.  I couldn’t stop the tears from coming and I felt intense sadness for the chickens that I knew were in pain and would need help from us to stop that pain.  But the boys were there to comfort me and explain in more practical terms that this is the reality of life and death when you are raising farm animals.  And they were also the first ones to offer to help reinforce the chicken coop so that a predator could not gain access to our chickens again.  They respect and protect life whenever possible but also realize that death is an unavoidable part of life.

As we walked out of the vet’s office after being reassured that it was indeed time to let Lucy go, tears were streaming down my face and all three boys looked up at me with wide, caring eyes and then closed around Lucy and me in one big group hug.  On the drive home, they asked many questions about what was happening with Lucy and how she would die and what would happen to her afterwards.  (These sort of discussions about life and death are always much harder on me than they are on the kids.)  Our oldest son suggested a location for a burial plot in our woods and offered to help dig the hole.  The younger two offered to gather stones to mark the spot so that we could always remember where Lucy was buried.  And in the week that followed that vet appointment before we returned for the final appointment, I often found the boys petting Lucy and talking to her lovingly, saying goodbye in their own way.

It is my strong belief and my deepest hope that because our children have been respectfully exposed to life and death from an early age, when they grow up and are faced with things like factory farms using inhumane slaughter practices or the overfishing of our rivers and oceans or human/animal cruelty of any kind, they will know immediately that these practices are wrong and might even have the courage to stand up and speak up and do something about it.  And when they buy meat at the grocery store or farmers’ market, they will understand and respect where that meat came from and be thankful that they are able to enjoy it in a meal.  And when they are faced with hard decisions or situations in their life, they will be more resilient and will be able to see the big picture of life and death on this earth.  We’re already pretty sure that at least one of the boys is going to be a biologist or ecologist or geologist…or something else with -ologist at the end of the name!  One of the other two is currently trying to decide between being a farmer or a priest.  Tough decision, kiddo.  But seriously, whatever they decide to do with their lives, I know that they will be (because they already are) some of the most caring, empathetic, respectful human beings that I have ever known.

If you are nodding your head to anything that I’ve said here or just want to read a similar perspective in the news, check out this article by Joel Salatin that appeared in Mother Earth News magazine earlier this year.  He puts it much more eloquently than I did and with more experience behind his words.

Rest in Peace, Lucy.  We will remember and love you always. 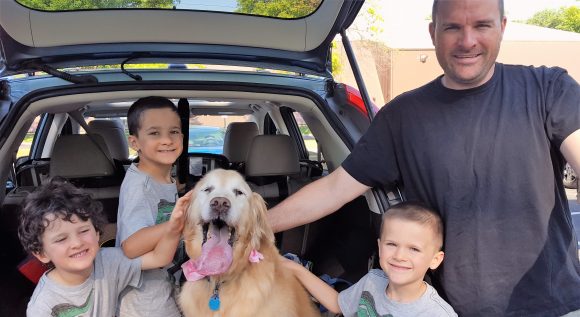 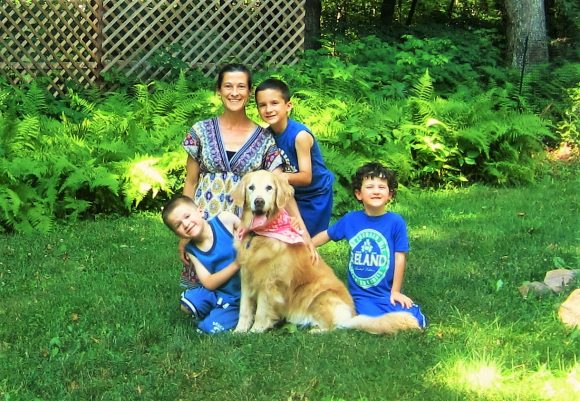 Our youngest son is turning seven today, which is so hard for us to believe! …

Happy New Year’s Eve!  I can hardly believe that our week of holiday vacation is…